The Shakespeare festival season ended in October, and snow and colder temperatures arrived in Cedar City. However, the Holiday season’s warmth and traditional charm are on display in Cedar City and cut through the winter season’s cold and snow. The performing arts and music seem to be woven in the fabric of this community and their expression extends to the holiday season as well as throughout the entire year.

During December, we attended Christmas favorites such as the Southern University of Utah annual Christmas concert entitled “Somewhere in my Memory”, an SUU sponsored piano recital called “Piano Monster Concert” and a perennial Christmas favorite “Handel’s Messiah” performed by the Orchestra of Southern Utah. The beautiful city Christmas lights and the many musical performances dazzled the community and visitor alike at the Cedar City Heritage Center.

Earlier that day I visited the Main Street park and came upon a statue of one of Cedar City’s most prominent citizens, Helen Foster Snow. Ties to the Orchestra of Southern Utah as Sara Penny explained, are established and play out in relationships that are nurtured and transcend the boundaries of both time and place. A unique interplay of Cedar City’s communities and families with their local government and businesses and a strong relationship with the Southern Utah University College of the Performing Arts provides an unparalleled measure of musical success and excellence.

Please join me for a visit with Sara Penny. You may note some of the rehearsal music playing in the background, so listen and watch this interview!

The most notable of the players, is of course, from a time long ago. 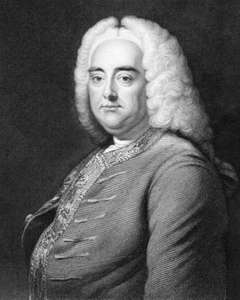 George Frideric Handel
(German: Georg Friedrich Händel; pronounced [ˈhɛndəl]) (23 February 1685 — 14 April 1759) was a German-British Baroque composer, famous for his operas, oratorios, anthems and organ concertos. Handel was born in 1685, in a family indifferent to music. He received critical musical training in Halle, Hamburg and Italy before settling in London (1712) and becoming a naturalised British subject in 1727.[1] By then he was strongly influenced by the great composers of the Italian Baroque and the middle-German polyphonic choral tradition. Within fifteen years, Handel, a dramatic genius, started three commercial opera companies to supply the English nobility with Italian opera, but the public came to hear the vocal bravura of the soloists rather than the music. In 1737 he had a physical breakdown, changed direction creatively and addressed the middle class with Alexander’s Feast (1736) which was well received. Handel then made a transition to English choral works. After his success with Messiah (1742) he never performed an Italian opera again. Handel was only partly successful with his performances of English Oratorio on mythical or biblical themes, but when he arranged a performance of Messiah to benefit the Foundling Hospital (1750) the critique ended. The pathos of Handel’s oratorio is an ethical one, they are hallowed not by liturgical dignity but by the moral ideals of humanity.[2] Almost blind, and having lived in England for almost fifty years, he died a respected and rich man.

Handel is regarded as one of the greatest composers of all time, not only because of his Water Music, and Music for the Royal Fireworks and since the late 1960s, with the revival of baroque music and original instrument interest in Handel’s opera seria also revived. Handel composed forty operas in about thirty years; some are considered masterpieces, with many sweeping arias and much admired improvisations. His operas contain remarkable human characterization by a composer not known for his love affairs.

The more current players and performers are: 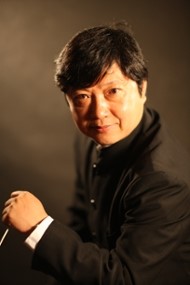 Dr. Xun Sun – Conductor
Dr. Xun Sun has served as the Music Director/Conductor of the Orchestra of Southern Utah since 2003. Dr. Sun has made many appearances over the years in concert series and educational programs. Under his leadership, the OSU world premiered the symphonic suite Spanish Trail Suite by Marshall McDonald and Steve Nelson. In June 2008, the League of American Orchestras presented OSU with an Award of Excellence in the Annual Gold Book Online competition and an Audrey Baird Audience Development Award, making OSU the only orchestra to receive these awards from the League of American Orchestras that year.
Dr. Xun Sun is also the Director of Orchestral Activities at Southern Utah University. As a tenured faculty member, his teaching duties include that of conducting the University Symphony Orchestra and String Ensemble. In addition, he teaches courses in Advanced Instrumental Conducting and Applied Instruction of Violin at the Music Department. Dr. Xun Sun has been named The 30 Professions of the Year of 2015 by Musical America. He also received award of 2015 Educator of the Year Award from American String Teachers Association Utah Chapter, and 2014 Board of Trustees Award of Excellence by Southern Utah University.

Professor Xun Sun has continually broadened his professional career as an orchestral conductor. His most recent performance was conducting Henan Symphony Orchestra, Anhui Symphony, Hunan Symphony and Hubei Symphony Orchestra. He conducted the world renowned China Philharmonic Orchestra in recording a new CD of title on America Journey , music by American composers Marshall McDonald and Steve Nelson. In 2007, he was invited to conduct the Lviv Philharmonic in the 8th International Contemporary Music Festival in Ukraine. Mr. Sun also conducted Carlisle Floyd’s opera Susanna, the opera of Hansel and Gretel by Humperdinck and Mozart’s opera The Magic Flute and Don Giovanni. In 2011 he conducted the world premiere of the Modern Dance Drama Helen’s Dream combined production of SUU and Hubei Opera and Dance Drama Theatre of China. As the founder and director, Professor Sun continues to teach the annual Hunan Conductor’s Workshop in Hunan, China. 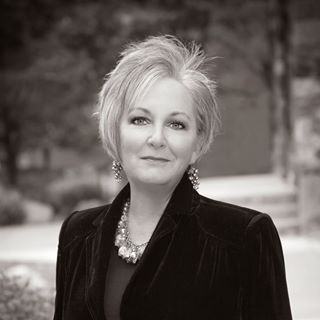 Jackie Riddle-Jackson – Chorale Director.                 A native of Cedar City, Utah, Jackie was appointed Director of Orchestra of Southern Utah Chorale in 2015. In addition to her community conducting responsibilities she teaches applied voice, music for the elementary teacher and class voice at Southern Utah University.
Mrs. Jackson is an active member of the American Choral Directors Association and National Association of Teachers of Singing.

Dr. Christian Bohnenstengel – Harpsicord           Dr. Bohnenstengel brings his keyboard skills to Handel’s Messiah and a harpsicord performance which embodies the instruments role in the classical baroque musical sound of the 17th and 18th century.

And the More Than One Hundred Singers and Players

The dedication of the more than one hundred singers and players who come together to dazzle audiences around Christmas time with a spectacular performance of Haendel’s Messiah is indeed a remarkable and unique phenomenon.

Almost at curtain time we had the privilege of talking to just a few of the folks that helped in making this 79th Orchestra of Southern Utah performance of Handel’s Messiah a dazzling and beautifully amazing event. Please join me and Rebekah Hughes OSU Manager, Dr. Xun Sun OSU Musical Director and Harold Shirley OSU President for brief comments and an introduction by Harold Shirley of this 79th performance of Handel’s Messiah.

And now, please kick back, relax and enjoy the full presentation of “Handel’s Messiah” from the Cedar City, Utah Heritage Center 2019 Performance. Please note, Handel’s Messiah is a TWO HOUR performance and is presented here in its entirety. Please watch all of it.

The future is always ours. 2021 will be full of wonder. It will brighten our world with a path to things that will excite, fascinate and enhance our senses like never before. We will have a look at just a small fraction of the things that will change our lives today and the bright future to come. The Consumer Electronics Show (CES) 2021 (usually in Las Vegas but all digital in 2021) will showcase the aspirations of our world and portrayed a future global community that will not only dazzle and inspire us but also enhanced our life experiences. CES 2021 Magic begins again in January 2021. Watch this space for glimpses into a future world as only CES 2021 can present. The future maybe ours, but will we be able to outrun our past transgression? We must not dare to ignore the impact of our actions on our childrens future! Greta Thunberg makes an impassioned plea in an appeal to the UN and the world. Please watch:
Watch the latest Mesquite Weekly videocasts on topics that are relevant to local, state and federal election news and the issues that will inform and inspire your voting and campaigning activities for the 2020 election cycle and more. Be in the know and cast an informed vote by watching it here!
Healthcare is and will continue to be a politically charged topic for the 2020 elections. Here is a credible solution outlined by Alexandria Ocasio-Cortez:
TECH TIPS Keeping up to date with technology can be taunting and overwhelming. Meet the everyday drudge with technology and keep it simple. Get your technical tips from The Mesquite Weekly here. Here is the first Tech Tip of 2019: