Most business and government development models advocate growth as solutions to social and economic problems. Growth in real terms requires an ever-increasing population and an incessant search for the resources required to service the burgeoning global population. Growth expectations are a cultural remnant of the feudal societies of the middle ages. 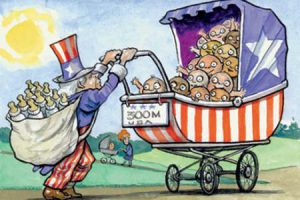 The monarchist ruling parties required strong adherence to growth goals to facilitate expansion of power through violent wars and economic monopolies. Population growth was needed to replenish the ranks of those lost on the killing fields as well as a source of cheap labor to supply the machinery to wage these constant power struggles. Cultural dogma was veiled under well orchestrated and mass marketed righteousness and ascertains that population growth was a valued principle.

The growth model when viewed from reasonable perspectives has one major flaw which we conveniently choose to ignore and purposeful intend not want to think about. Simply put: the growth models are not sustainable. Population growth and the exploitation of global resources have reached a tipping point where we can no longer expect most of he globe’s people to have access to anything more than a subsistence level of existence. Prospects of this growth model driven on an exponential basis do not bode well for the survival of our species or our planet as we now know it. This is not a tale of a distant future but it a reality which is staring us in the face today.

A calamity of “end of times” proportions is avoidable, but requires some hard decision and changes in our way of thinking or rather in our way of conveniently ignoring the impending disaster. Development of realistic business and government models which seek to reverse the unsustainable growth and change planning models to contract growth and limit misuse of precious resources and population growth. Business and government development of social and economic plans should encourage efficiencies by furthering education and enabling technolgies to restore that delicate balance of our world habitat to one of quality rather than competition over fewer and fewer resources.

Wouldn’t you rather drive a Ford F350? 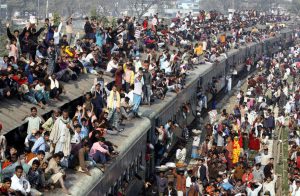 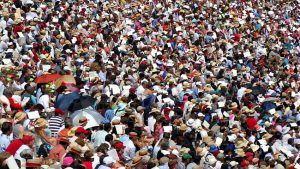 Do you really believe its safe to go into the water? 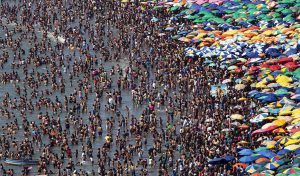 Here are the numbers: